Where do Human Hair Extensions Come From 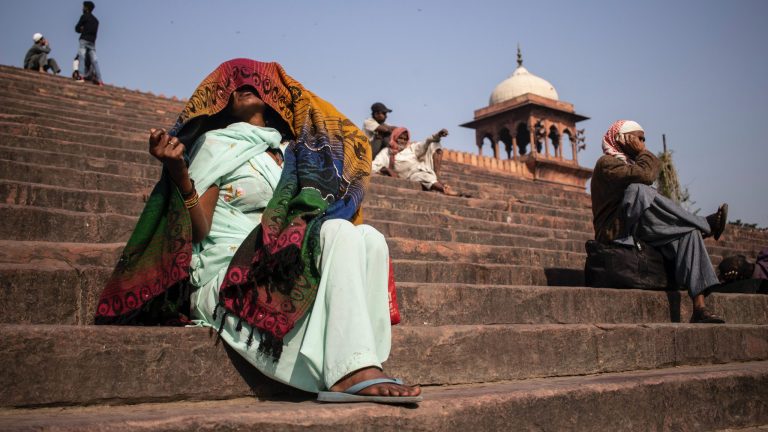 I am Lori, and I am a big fan of hair extensions and wigs. At one point, I really want to learn everything about hair extensions. So I’ve spent around 20 hours researching this topic, I’ve also visited my hairstylist and hair shop owners for insider information.

In this article, I will talk about where human hair extensions come from, the relationship between different types of extensions and their sources, and answers to related questions.

Most of the Human Hair Extensions come from Asia

Nowadays, most hair extensions come from Asia, especially India and China. There is also increasing supply from Pakistan, Bangladesh, Malaysia, Cambodia, Vietnam, and Myanmar too, but nothing really dominant yet.

Looking at the below screenshot from the US Trade Numbers and you can realize that the top three U.S. markets by value for Wigs, other products, from human hair imports in April 2022, were:

Let’s face the not very beautiful truth: people living in impoverished areas are trying all means to earn a living. Selling their hair is just one of the ways to make some money.

For low-income people living in undeveloped countries, selling their hair is indeed a great way to earn some extra income.

All they need to do is keep the hair for 1 – 2 years, and then they can sell it out. It’s sort of like “extra income” for these families.

Other than Economic reasons, researchers suggested that compared with African hair, most Asian hairs are stronger, thicker, heavier, and softer. Because of its very high quality and affordable price, Asian hair is the favorite of most wig and hair extensions vendors.

When it comes to Indian hair extensions, it’s another story.

Indian people believe in shaving their hair, and donating it to Hindu gods can bring answers to their prayers because they have sacrificed their valuable hair to the gods.

Every year, millions of Indian people will travel to temples in southern India, for example, the Venkateswara Temple in Tirumala, to shave their heads, or “tonsuring their head” because it’s done for religious reasons.

According to an ancient Hindu myth, and avatar of God, Lord Vishnu, was hit on the head with an ax and left a small portion bald scalp. Neela Devi, an angel or a saint princess, noticed that and offered him some of her hair as a replacement.

Vishnu was very pleased by her act, and he decided he will bless those who offer him their hair as a sacrifice.

In the past, these sacrificed hairs were thrown into the river. Nowadays, these hairs are sold to wigs and hair extension manufacturers or vendors for generating income.

And this makes India became the largest supplier of human hair extensions in the world.

Some Indians cannot afford to travel to the temple, and they will go to the barbershop and shave their hair. This form another source of Indian virgin hair extensions.

The shaved hair, which is unprocessed and collected from one single donor, or in other cases, cut off from one single person, is called Virgin hair. One of the reasons these hairs are of the best quality is that all the hair cuticles are still retained (cuticles completely intact), i.e., hairs are more healthy.

Some suppliers will call unprocessed hair “raw hair”, but then most importantly is – check whether it’s unprocessed and collected from the same donor.

Other than collecting from temples, hair extension vendors will also purchase from different Salons, barbershops, or collect the comb waste or drains from Indian families. This is also the most popular way to collect hairs for non-virgin hair extensions too.

These hairs, because they are not collected from the donor, point at different directions.

In such a case, hair will tangle like crazy because the cuticles are not pointing in the same direction and they will damage and raise much easier. And here comes Remy hair and coated hair, also known as non-Remy hair.

In the case of coated hair, which is the lowest grade of human hair extensions. The vendor will treat the hair with chemicals to remove the cuticles and so it looks nice and shiny when they sell it out.

But once the protective layer of the hair is worn out, the extensions will become really dry and tend to tangle a lot.

For Remy hair, the hair would be processed by a machine, to align all the cuticles to one direction, in such a case, less chemical processing is needed.

Vendors will process the hair with a machine, so it will align all the hair in one direction. Because of this step, the hair will require less chemical process and more cuticles are still intact.

Remy hair is processed, but its quality is much better than coated hair (non-Remy hair), and the price is a lot lower than virgin hair extensions.

In the past, Chinese people did sell their hair to make money, but since the economy has boosted, Chinese ladies are less willing to sell their hair now. So most of the factories need to import their hair from other countries.

Right, so now we finally reach the very well-known “best human hair extensions”! But then let me share a little secret with you, I was shocked when my hairstylist told me this. “Brazilian hair extensions can come from anywhere in the world.”

Then I asked some of my friends who used to work with hair extensions companies as well. And they all agree that Brazilian hair extensions mean they are probably of excellent quality, but they don’t need to be coming from Brazil.

What about Blonde and Curly Human Hair Extensions?

Curly hair extensions are pretty much the same case. Most hairs have no natural curls, so the factories need to treat them with chemicals to make and hold the curls. Even Virgin Curly Human Hair Extensions are slightly processed somehow.

And that’s why most blonde or curly extensions need more frequent maintenance than black or straight hair extensions — because some of the cuticles were damaged during the process of bleaching, dyeing, or curling.

Here are some commonly asked questions relating to where do human hair extensions come from and their quick answers.

Where do Wigs Get Human Hair From?

Human hair wigs got their hair from the same source as extensions. They just undergo different production processes for making a wig. Usually, a wig needs more hair and it’s more difficult to make.

Workers need to spend large amounts of time attaching the hair to the lace, and that’s why lace front, 360 and full lace wigs are so expensive.

Hair extensions can be made from real human hair and synthetic hair. It is very important for you to check the labels or ask the seller to make sure what types of hair are used.

Most high-quality hair extensions are made with real human hair, they are usually unprocessed, cut from a young, healthy donor directly.

What Type of Extensions are Best?

Depending on what you are after, here is our recommendation:

I hope this article gives you a better idea about where do human hair extensions come from. If you are interested in learning more related information about hair extensions, I have written another article about “who invented hair extensions”.

Please leave your comments and let me know what do you think!