Who Invented the Hair Extensions 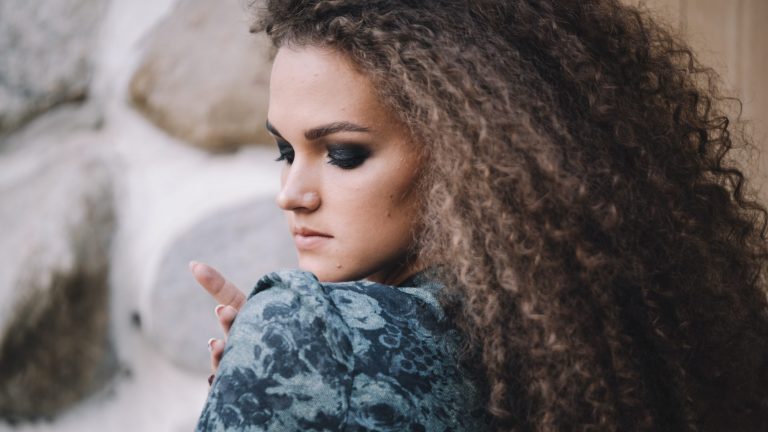 In this article, we will talk about who invented the hair extensions.

Archaeological discoveries and research suggested that the first hair extensions were invented by ancient Egyptians, while an African American woman from Louisiana named Christina Jenkins was the most widely accepted inventor of modern hair extensions.

My name is Lori, and I am a hair extensions enthusiast and history lover. I love the way how hair extensions can change our looks and lives and have always wanted to know more about these beautiful things. 4 years ago, I started reading and studying wigs and hair extensions history.

In this article, I will talk about the inventors of ancient and modern hair extensions and all those related facts.

Archaeological discoveries suggested that the oldest hair extensions were invented by Ancient Egyptians and were worn by both men and women.

According to Professor Joann Fletcher of the University of York, a world-known Egyptologist, in her article “An Ancient Egyptian Wig: Construction and Reconstruction“, she suggested:

The oldest hair extensions have been dated back as early as 3400 BC, and came from the manual workers’ cemetery at Hierakonpolis.

For ancient Egyptians, hair was “not only a matter of personal appearance but also as symbols or indications of status.” Prof. Fletcher suggested in her email that hair extensions were more affordable compared to wigs and allowed for elaborate styles of longer or wider dimensions than could be achieved with natural hair alone.

It also seems to be the case that in the days before helmets, soldiers also ‘padded out’ their own hair with extensions, which would be particularly necessary if the hair was thinning.

By 2014, Archaeologist Dr. Jolanda Bos, discovered a woman with over 70 elaborate and lengthy hair extensions during excavation work at Tel Al-Amarna city (the ancient Egyptian capital during the reign of monotheistic pharaoh Akhnaten), provides more evidence of Ancient Egyptians being the very first people in the world wearing hair extensions.

The below sections will explain why we believe Christina Jenkins invented Modern hair extensions.

Who is Christina M Jenkins?

In 1949, when Christina was working in a wig manufacturer in Chicago, she started researching and developing a hair sewing technique to secure a wig on the head.

Before her invention, people were using clips, grips, and pins to hold the hair on the scalp. However, there are a few problems with this method:

To solve these problems, Christina Jenkins invented the “Permanently Attaching Commercial Hair to Live Hair”, patent no. US 2621663, also known as the “HairWeeve” technique.

Here are the technical drawings of HairWeeve submitted by Christina when she applied for the patent:

Basically, this is a technique about attaching the commercial hair and transforming natural hair to a net, sewing them on a cornrow base on the wearer’s head.

This method allows hair extensions to stay on the scalps securely for up to a few weeks.

On 4 May 1951, Christina filed a patent regarding this technique. And a year later, the patent was granted.

Christina Jenkins and her husband, the famous jazz pianist Herman ‘Duke’ Jenkins, then moved to Ohio and started teaching her techniques.

She was then invited to different parts of the world, mainly Europe by hairstylists and cosmetologists to teach her method.

She also started and ran “Christina’s HairWeeve Penthouse Salon” in Cleveland until 1993, when she was 73 years old.

After Christina invented the sewn-in weaves, many more different types of modern hair extensions were also invented, such as clip-ins and tape-ins.

In the 1980s, she improved her invention by having more natural, flowing hair for her hair extensions versus the stiff hair that was used before. This improvement has made the hair extensions more suitable for the needs of African American women.

The hair extensions started to take off in the 90s. Other countries, like China and India, started to export human hair weaves to the U.S for customers because of the quality of hair they could provide. Nowadays, most hair extensions selling in the US are imported from Asia.

It has been about seventy years since Christina Jenkins invented the HairWeeve method. Human hair extensions have progressed so much over the years that they can last for even a few months after installing.

When Christina Jenkins passed away in 2003 at the age of 82, she and her hair weave were called “a pioneer in the field of cosmetology” and “a revolutionary contribution” by the late Ohio US Congresswoman Stephanie Tubbs Jones.

Stephanie also said Christina’s hair extension invention has “helped to boost the self-esteem of men and women across the world”.

Back in those days, it was not easy to get an education, let alone invent something by yourself without any obstacles in your way. She accepted the challenge and accomplished her goal of developing hair extensions.

Here are some commonly asked questions relating to who invented hair extensions and their quick answer.

Where did hair extensions originate?

The origin of hair extensions is Ancient Egypt.

The oldest hair extensions discovered so far have been dated back as early as 3400 BC and came from the manual workers’ cemetery at Hierakonpolis, according to world-known Egyptologist Professor Joann Fletcher of the University of York.

Christina Jenkins’ invention of hair extensions will forever go on in the hair industry. Her method has been repeated and altered many times to count to stay up to date with today’s looks.

It is interesting to see that it was not that long ago that hair extensions were created, and now it is just so widely used in the world.