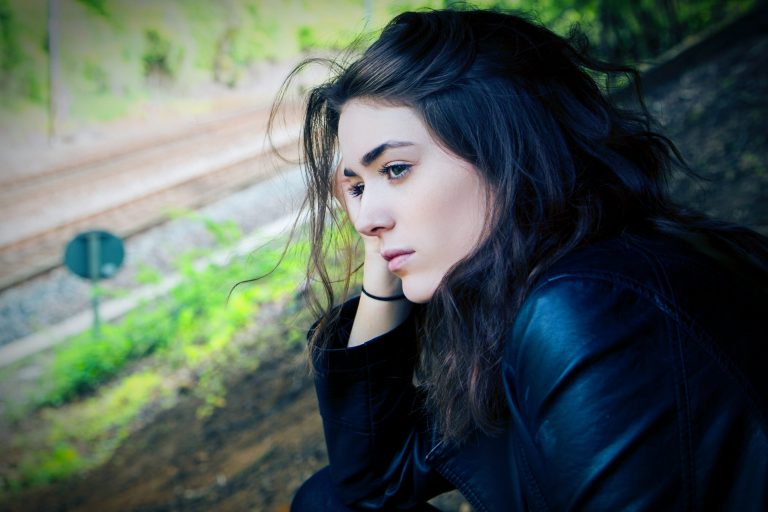 Have you ever wondered why Jewish women wear wigs?

Well, for many reasons that are deeply rooted in religion, culture, and personal preference.

The main reason why you see Jewish women wearing wigs is that in many traditional Jewish communities, the women choose to no longer show their hair in public after their wedding. This is to signal to their community and the wider public that they are married and that they comply with the traditions and standards of their religion.

I’m Lori, and I specialize in wigs and all related things. I like to explore questions like this on my blog to shed light on specific topics and to offer an answer or deeper perspective on subjects people ask me from time to time.

I have spent around 47 hours researching the relationship between Jewish women and their wigs, if you’re interested in learning more about this topic, this is the spot to check out.

We have also published several articles regarding the history and fun facts about wigs and hair extensions, feel free to check them out!

The Practice of Jewish Women Covering Their Hair

It’s important to note that wigs aren’t the only option for Jewish Women. In fact, the practice of head coverings after the marriage takes place in many different forms, such as wearing hats, scarves, or caps, and they refer to them in Yiddish as Sheitels [SHAYtulls].

In the Torah, which is the first part of the Jewish Bible and the most central important document of Judaism, there is the retelling of a certain practice called the Sotah ritual.

This was a ceremony conducted to test the fidelity of a woman accused of adultery. But before the ceremony, the priest would uncover and unbraid the accused woman’s hair to humiliate her.

Therefore, wearing a hair covering, is a modest, correct, and righteous practice that should be preserved and upheld from generation to generation.

So for thousands of years, it’s been a tradition for married Orthodox Jewish women to cover their hair, with women first using a cloth or a veil.

It actually wasn’t until the 16th century that the idea of wearing a wig as a covering was popularized by the Jewish women in France and Italy, which ended up causing contention between the Rabbis.

Many argued that it was immodest and that the practice too closely resembled the modern and worldly non-Jewish style. In their eyes, it was highly inappropriate for a woman to display a beautiful head of hair, even if it was a wig.

However, many other Rabbis condoned the practice of wearing wigs on modesty grounds. To ensure that no one mistakes the wig for natural hair, it’s custom in some of these communities for the women to wear another covering such as a hat or scarf over the wig.

What If the Wig Actually Improves a Jewish Woman’s Looks? How Does that Accomplish Modesty?

Understandably there are misconceptions about what modesty means in today’s modern world. Some people assume that wearing a wig is pointless because it makes a woman look too attractive when the objective is to repel attention from men.

However, Jewish modesty, in Yiddish, Tzniut [Snee-yus], is not about looking ugly or unattractive to repel men, it’s about keeping certain parts of oneself private. Of course, those certain parts of the body that require covering have some innate sexuality or sensuality to them and are called Ervah which means exposed or nakedness.

Granted hair can be categorized as sensual only in adulthood, which is why a Jewish woman must cover her hair after she gets married so her hair and its sensuality are exclusively for her husband to see. For this reason, some Jewish women choose to only wear a wig in public.

As a married woman, she is now set apart from the single women in the community and no other man can have access to her. A wig is a clear sign of that separation and also creates a barrier of privacy between herself and the rest of the world.

In some cases, other people may not know it’s not her natural hair but God, and that Jewish woman knows she’s wearing a wig. Every time she chooses to put it on, she is reminded of her power, the weight of her role, and her status as a married Jewish woman.

Must ALL Jewish Women Cover Their Hair Today?

In the contemporary Jewish world, hair covering is a universal biblical obligation. However, the standards of how and when to wear a head covering are determined by the community, for instance, if the Jewish woman belongs to the Hasidic or Orthodox denomination of Judaism.

Some maintain that women must cover all their hair, for example, the Mishnah Berurah community forbids a man from praying in front of his wife if any of her hair is showing.

Based on this logic, the rules in certain Jewish communities have changed to reflect the fact that head covering is not about female sexual modesty, and instead, they now define it as a ritual practice that signifies respect and awareness of God.

So some women choose to only wear the traditional head covering in the synagogue.

Why Are Wigs Their Most Popular Form of Head Covering?

The main reasons why wigs are the most popular form of head covering can be divided into three areas.

Wig sheitels are more popular than ever in the Orthodox community which is the fastest-growing denomination within Judaism. It seems the modern Orthodox community values the blending of a deep commitment to Jewish life and being integrated into wider society.

Reportedly, young Orthodox Jewish women will fly across the country and sometimes even the world to shop at specialist wig boutiques, just before they’re about to get married to purchase a good quality wig.

While head covering was once seen as more of a standard and obligation to obey, rather than a choice, young Jewish women are now exploring their options and defining for themselves how they uphold the religious practices.

These days tradition also fuels the decision to wear a wig. Jewish women are one of the only few communities to wear wigs for religious reasons; this gives them a clear differentiator. It symbolizes where they come from, who they are, and even where they believe they are going.

Although times have changed, a Jewish woman may feel unworthy to take something that was so special to every previous generation of women in her family and to break that beautiful tradition when it was something that was passed down to her.

In other words, It’s so much more than just a thing that sits on their head. It’s a tradition that they can give to their children so they can also wear it with pride should they choose to.

Another not-so-pleasant reason why some Jewish women choose to wear wigs rather than caps and scarfs is for safety.

I’ve had a few conversations with women who expressed how they see wigs as the safest option to protect themselves from anti-Semitic assaults because appallingly, we live in a society where anti-Semitism is still on the rise.

The way wigs are specially crafted these days with realistic colors and textures, Jewish women can get full coverage that blends with their natural hair, and they can pass under the radar more than those who wear other head coverings.

While society is becoming more accepting of certain things such as sexualities and disabilities, it seems to be less tolerable to religion and beliefs.

So despite strong religious or sentimental reasons for wearing a traditional head covering, wearing a hat, veil or scarf can still produce uncomfortable feelings for Jewish women.

Especially if they find it hard to match their uniform or dress code at work. Wearing a wig solves this problem.

Modesty is subjectively defined, as generations pass and as the modern world becomes more and more removed from traditional customs and beliefs.

As such, the determining factors for a Jewish woman who decides to wear a wig are the Jewish community she belongs to, the social norms, and her personal choice.

I hope that ‘covered’ the question (pun intended) and now you have a deeper understanding of why Jewish women wear wigs, what are your thoughts on this topic? Comment below, I’d love to know.

I have also written several info articles covering different topics relating to wigs and hair extensions, in case you are interested, just go and check them out!