Why Do Barristers Wear Wigs 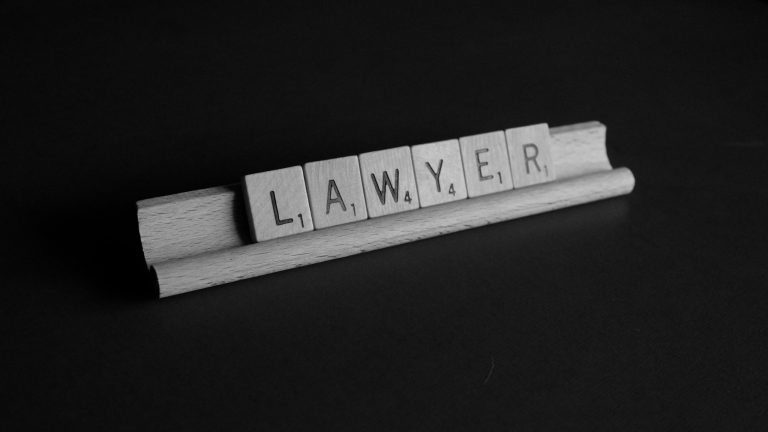 In this article, we will talk about why British lawyers wear wigs.

My name is Lori and I love wigs and history. A best friend of mine, is a reputable lawyer and a law school lecturer. I have spent around 27 hours researching and I have consulted his opinion before writing this article.

In this article, we will talk about why did British lawyers started wearing wigs, the development of the trends, and why they are still wearing wigs now.

Why and When did Barristers Start Wearing Wigs?

In the mid 17th century, hairlines were very important to men. A guy suffering from hair loss would be considered as a sign of carrying syphilis. Louis XIII of France was suffering from balding when he was only 17 years old.

To hide his baldness, he started wearing powdered wigs. A few years later, his cousin, Charles II of England followed it, wearing wigs became a fashion trend of the upper and middle-class in Europe.

The British court adopted the trend by 1685, and barristers, who were recognized as middle-class, were required to wear full, shoulder-length wigs. At the time, most of the British colonies were following the trends.

According to the UK Courts and Tribunals Judiciary, “Wigs made their first appearance in a courtroom purely and simply because that’s what was being worn outside it; the reign of Charles II (1660-1685) made wigs essential wear for polite society.”

By 1830, wigs became less popular in Europe and natural hair started to dominate the fashion trend, however, the court decided to keep the wigs wearing traditions.

Nowadays, wigs are no longer required during family or civil court appearances or appearing before the UK Supreme Court. However, for criminal cases, barristers and Judges still need to wear them. Some barristers tend to wear wigs for civil proceedings too.

Why do Barristers Still Wear Wigs in Modern Society?

One of the most popular answers is because wearing a wig (or, a peruke) brings a sense of formality and solemnity to proceedings. A wig can help to separate personal involvement and the law.

According to Andrew Eborn, who has qualified as a barrister since 1985, anonymity is the main reason for wearing a wig.

A wig is like part of a barrister’s uniform, acting as a great equalizer. Juries shouldn’t distinguish between the different advocates appearing before them.

“It feels extraordinary when you put on the wig for the first time because it’s a rite of passage. It’s rather similar to a knight’s putting on his armor.”

Wearing a wig will help a barrister get into the mood for battles in the court. It also makes them feel great! You can take a look at what he says in this video.

Nowadays, a judge in the UK is able to suspend court dress at his or her own disposal, so sometimes, during hot summer or hearings involving very young children, they may decide not to wear a wig. So wearing a wig is more like a symbol than a fixed rule now.

There are more arguments about barristers wearing wigs. One of the arguments suggests that working in the legal field during the Middle Ages was pretty hard.

Lawyers and Judges often needed to work very long hours and were required to work under a lot of pressure, making people working in legal fields face hair losses. Therefore, they put on wigs to cover their problems.

Another prevalent argument is that wearing white wigs makes them more professional and respectable. I agree with this argument a lot, my lawyer friend who gave me a lot of input when I drafted this article has a babyface, and he often looks more mature and authoritative when he is wearing a wig.

There is also an argument that suggests that barristers are wearing wigs to obscure their appearance, so they can keep them safe against attacks and revenge from the opposing parties.

According to my friend, a lawyer and law school tutor, Hong Kong and UK lawyers are still standing pretty firm about wearing wigs for court.

Other British colonies following the English legal system, such as Australia, are raising arguments to stop such practice.

Only a few companies are still producing wigs for lawyers, and there are only two types: white hair color or yellow hair color.

Most junior barristers prefer to get the yellowish one because it looks “more aged” and implies more experience. My friend ordered his own, and he had to spill the tea and blow smoke on it. So it became more yellowish.

He also suggested that lawyers in the UK may stop wearing wigs before Hong Kong because there are more rising voices to stop using wigs.

Here are some commonly asked questions and quick answers about barristers wearing wigs.

Do Female Lawyers Wear Wigs in the UK?

Yes, female lawyers do wear wigs in the UK, as long as she is a barrister then she needs to wear a wig in criminal cases. The main character of the UK TV series “Silk”, Martha Costello, a female barrister, wears wigs when she is in court.

Is a Barrister Higher than a Solicitor?

It is difficult to simply conclude that a barrister is higher than a solicitor because they perform different rules.

A barrister work at higher levels of court than solicitors and they can represent the client in the court. However, most of the business of a barrister is referred by solicitor firms.

A friend of mine who is a barrister did not get paid for a case for almost a year and he cannot chase the solicitor firm because of the “pride”, “rules” and traditions in the industry.

And a lot of solicitors are earning much more money than barristers, especially those who work in the finance and real estate field.

By the early 19th century, American judges stopped wearing wigs to show that the US is a democratic country and belongs to its people. One of the reasons was, US people don’t want their judge to look too Monarchic.

It is very likely that in the future, British lawyers will eventually stop wearing wigs, or just wear it for ceremonial dress.

I hope you enjoy reading the history and development of British lawyers wearing wigs. It’s always a great pleasure to learn something relating to your passion.