Why Did Men Wear Wigs 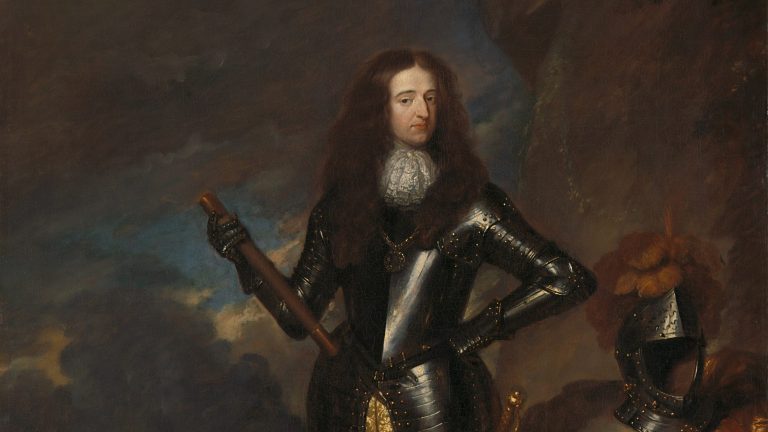 In this article, I will talk about why did men wear wigs.

My name is Lori and I loved history since I was a kid. A few years ago I started falling for wigs and hair extensions and I developed an interest in dig the role of wigs in our history.

Later on, I realized wigs were originally made for men, and it was a fashion trend during the 17th to 18th centuries. So I’ve spent around 27 hours studying this topic.

Today, I will share with you when did men wear wigs in the old-time and modern days. Together with the development and modification of wigs.

The first wig appeared in ancient Egypt, at the time, people were wearing a wig to protect their heads from the sun in the deserts. Then wigs were also used by Roman women as fashion accessories. But then it was nothing like a fashion trend until mid centuries.

In 1500, while men still preferred long hair over short hair, a syphilis epidemic broke out in Europe and it was untreatable by then. One of the side effects was the patchy hair loss. And because antibodies had not yet been discovered, such symptoms were untreatable.

To protect their reputation and social status, men decided to use wigs to cover their baldness.

Also, wearing a wig can protect a man from head lice. In the mid-century, head lice were such a big problem for everyone, and it was very difficult to get rid of them out of natural hair.

At the time, a guy needed to shave his head so he could fit the wig, he just needed to take off the wig, send it to the wigmaker for boiling and killing the lice, which saves a lot of time and effort.

Later on, until King Louis XIII and King Charles II started wearing powdered wigs, the wig fashion was born, the royal family felt wearing a wig makes them more superior. Most men of the upper and middle classes started wearing wigs to show that they are wealthy and powerful.

People with social status started wearing wigs in 17 century, a very good example is, you can see Barristers and Judges in the UK are still wearing wigs because they were classified as the middle to upper class in the olden days.

To Make Them Look Older

Other than distinguishing their social status, men wanted to be more convincing and reliable, so they were wearing wigs to make them look older and mature.

I have mentioned in another article that junior barristers tend to use all means to make their wigs look older so they are more convincing in the court, that’s pretty much because of the same reason over here.

When Did Men Stop Wearing Wigs?

By 1789, French Revolution began and changed the world. Since then, men started to stop wearing wigs because they don’t want to be associated with nobility and monarchy.

Another reason was, by 1795, America had implemented a hair powder tax which made it a lot more expensive to wear wigs.

People also wanted to avoid giving people the impression that they are hiding from something like STDs because most people already knew that the purpose of wearing a wig was to hide the symptoms of syphilis.

Nowadays, the main reason for men wearing wigs was still trying to cover their baldness or thinning hairlines. However, everybody knows people can suffer from hair loss because of all different types of reasons, from genetic, medical treatments to stress.

Wigs are no longer something we needed to show that we are distinctive and better than others. Instead, it’s more like a tool for them to gain self-confidence and look nice.

Here are quick answers to some commonly asked questions relating to why did men wear wigs.

Why did Englishmen wear wigs and make-up?

In the 17th and 18th centuries, the syphilis epidemic broke out in Europe, and people knew that it would cause spotty hair loss, King Louis XIV started using wigs after he noticed a receding hairline, then wearing wigs quickly became a trend in Europe.

The white make-up can cover skin disfigurement, also another sign of syphilis. Another reason for men wearing make-up was because the palest white skin color was preferred at that time.

White skin color suggests status and wealth because only the poor have to work under the sun, leading to dark skin color.

Who was the last president to wear a powdered wig?

James Monroe was the last president wearing a powdered wig, and there were 4 presidents in US history wearing wigs. The other three are John Adams, Thomas Jefferson, and James Madison. George Washington did not wear a wig, but powdered his hair.

Nowadays, wigs are just a tool to help men and women look better and more attractive.

It always feels great to see that men stopped wearing powdered wigs because of fairness, freedom, and democracy.