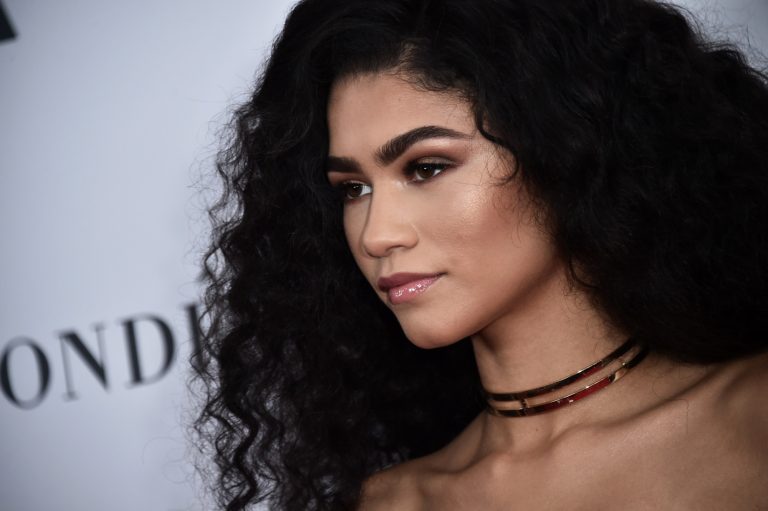 Ever wondered how some actresses and celebrities continually rock head-turning hairstyles for premiers, red carpets, or even on any regular day, despite their busy schedules? It’s the power of wigs, of course!

I am Mako, a hairstylist who knows everything about hair—from the latest trends, styles, and wigs.

The negative stigma associated with wearing wigs has become a thing of the past. Nowadays, wigs can instantly turn an average encounter into an eye-catching one. That’s why it’s no secret that many actresses and celebrities wear wigs to create iconic looks or rock a good hairdo.

Actresses are often held up to a standard regarding how they look, which is why more and more are relying on wigs to switch up their looks.

Actress Ginnifer Goodwin once said, “As long as I can wear a wig, I can be any character. And in real life, I can be myself.” Now, let’s check out some actresses known to wear wigs.

Lady Gaga is not one to shy away from the spotlight. This multi-talented star is most known for wearing eye-catching wigs, even early in her music career. She also famously said, “I was changing outfits, my looks, my wigs, sometimes several times a day. That’s when I know my soul is restless.”

So, it’s no wonder why her latest production, “House of Gucci,” had to spend over $10,000 for her to be able to perfectly portray her role as Patrizia Gucci and her gravity-defying bangs.

For our next actress, wearing wigs was the next best thing for her hair. In an interview with Instyle, Kiera said, “I have dyed my hair virtually every color imaginable for different films. It got so bad that my hair began to fall out of my head!”

She adds, “So for the past five years, I’ve used wigs, which is the greatest thing that’s ever happened to my hair.”

Wigs are an outlet for expressing oneself and a handy rescue tool for hiding damaged hair and giving it a break from all the treatments.

Zendaya is renowned for serving iconic red-carpet looks with a wig on. However, she also revealed in an interview on The Late Show with Stephen Colbert that wearing wigs helped her find the motivation to get herself up every morning and work out.

Katie Holmes once teased us into thinking she’ll do a big chop on her hair with her hairstylist DJ Quintero for the Met Gala. She famously fashioned a blunt-cut bob for the event. It was only later revealed on Alterna’s Haircare Event that she wore a wig to the Met Gala, and her signature long brunette locks remained intact.

As an artist, Gwen Stefani has shown us every style and look possible. Her secret? “Nothing here is me. Everything is fake”, something she revealed in an interview with ET. The Voice coach is no stranger to mixing up with her wigs and dyeing her hair from blonde to bubble-gum pink.

You might wonder what Gwen Stefani’s real hair looks like—well, so is she! She admitted in an interview, “Um, who knows? I haven’t seen it since ninth grade.”

Our “Roar” superstar is probably one of the biggest fans of wearing wigs. One of her most iconic looks was when she donned a bright pink and blue wig. Regardless of whatever colored wig she was wearing, she would always carry them with confidence and elegance.

In an interview on Jimmy Kimmel Live, the singer was seen with long black hair, which preempted fans into believing it was her natural hair. However, she later revealed on Instagram that even that hair was fake.

It just proves how good quality wigs can look so natural that it has become hard to distinguish what’s real hair and what isn’t.

Emilia Clarke is best known for her distinct role in Game of Thrones—Daenerys Targaryen with her platinum blonde hair. She later told everyone that she wore a wig for the first seven seasons. This is not surprising since the upkeep of platinum blonde hair is very expensive and damaging.

Clarke explains in an interview with Harper’s Bazaar that her decision to dye her hair for her role in the final season is why she cut it so short afterward. She felt like her hair was dying from all the chemicals.

Not only do wigs help you save time and effort in styling a high-maintenance look, but they also save you quite a few bucks and, frankly, your hair.

Now, changing up your natural hair takes a lot of courage and commitment. But for Salma Hayek? That’s an easy no. Hayek is telling us, “No commitment? No Problem”. By wearing a wig, you can instantly see yourself glammed up for the look you’re going for with no extra headaches and commitments.

Black-ish star Yara Shahidi does not shy away from showing off her beautiful natural curls. But, she is also not afraid to serve us different looks using wigs. She posted a photo of herself wearing a purple wig that stood out from the stormy skies on her Instagram.

This just goes to show that having naturally gorgeous hair is not a stopping point to wearing wigs. It’s sometimes good to mix things up and surprise your peers by donning a new hair look.

Selma Blair proves that, despite facing a rough journey that led to her losing hair while undergoing treatments for her multiple sclerosis (MS), you can still have fun with your recovery journey by wearing wigs.

She is a testament to how wigs can help bring back a more confident and beautiful you.

Here are some frequently asked questions about actresses wearing wigs and their quick answers.

Why are so many actresses wearing wigs?

One of the main reasons that actresses wear wigs is because it is the easiest way to switch up their hairstyles and looks. Another reason is high-quality wigs can instantly add length and fullness, which allows them to maximize creativity. It is also a great way to solve the problem of hair loss and hair thinning caused by heavy chemical processing or other reason.

How do celebrities keep their wigs on?

Is Oprah Winfrey hair a wig?

Oprah Winfrey does wear waves and wigs on her talk show, but she also wears her natural black hair in different styles like cornrows, afros, and dreadlocks.

Seeing your favorite actresses wear wigs of different sizes, shapes, forms, or styles is exciting. I hope this article has inspired you to fashion a wig or two if you aren’t already. You could rock the same look, but better!

Which celebrity wigs are you most curious about? Drop us a comment below.

We have written several articles about celebrities and their hairsystems, do check them out if you are interested: