What Does Dolly Parton Look Like Without Her Wig? 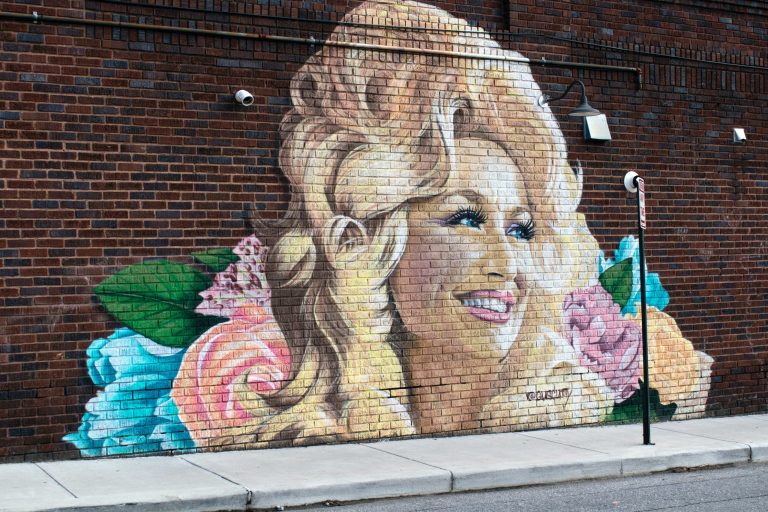 This article is about what Dolly Parton looks like without her wig.

Dolly Parton is as American as apple pie and as ‘country is as country does’ (as the lyrics go). Being one of the best-known celebrities in the world, she is known for her warm, charitable nature, her open affection for going under the surgeon’s knife, and her “tease it to Jesus” hair.

But Dolly Parton has never been shy about stating that her hair has always been in a wig. In fact, she has recently brought out a line of Dolly Wigs with IMG. I mean, it was almost inevitable at this point as she is so synonymous with big, blonde wigs.

But… what does Dolly Parton look like without her wig?

Hello, fellow hair sleuths, I’m Bianca, and I’m here to investigate this case of what Dolly looks like without her signature wigs! I’m a celebrity-loving, wig-wearing, extension obsessed, and overall curious soul by nature – and if you resonate with any of those statements, you’ll come along on this ride with me.

So what does the ever-positive, wonder that is Ms. Parton looks like under all those wigs?

Well, let’s read on and find out!

Dolly Parton Without a Wig

In this section, I will show you some images I have found that show Dolly Parton without her trademark wig.

Even from a very young age, Dolly Parton was all smiles and joy. Here she is shown at the tender age of 9 years old in her hometown of Sevierville.

By the time this photo was taken, she had been singing for 3 years. She got her head start in the nearby city of Knoxville, Tennessee by singing live on a local radio station called WIVK.

In this picture, you can see an adolescent Dolly Parton blossoming into a beautiful 14-year-old young lady.

This is still a good few years before Dolly came into her trademark styling and before her well-publicized love affair with wigs began.

Dolly’s first well-documented foray into big hair. It’s not quite the enormous bouffant we know and have loved for over 4 decades, but it’s definitely the first step in that direction.

This picture from 1965 was still when she was teasing her own hair to “high heaven” as she so eloquently puts it.

1965 is also the year that Dolly Parton signed on to be a pop star! Yes, she tried and failed at being a pop star for a few years before returning to her roots and her beloved country music.

Dolly Parton captioned this Instagram post as she always loved being in the studio. The songstress with a heart of gold, who captured the ears and loyalty of millions of adoring fans throughout the generations, is seen here with teased hair, but still no wig.

This is also a more natural look to Dolly than we have seen in many years. With her love of plastic surgery and “full” makeup, it’s a gentle reminder of the natural beauty that Dolly Parton was born with, boat inside and out.

Dolly Without Wig (Hippie Vibes in the Late 60s)

Here we see the charitable Dolly Parton with a hippie style to her outfit. We do not know if she was going to a concert. However, if she is, I’m sure you’ll agree it probably isn’t to her own concert.

This style is a far cry from what we are used to seeing her as onstage, even prior to the big, big, BIG hair and bigger personality covered in rhinestones.

Here we see Dolly Parton in 1969, still, no wig on that lovely head but the trademark bleach blonde and teased hair are in situ and she is beginning to transform into the Dolly we know and love.

These pictures are of her performing on The Porter Wagoner Show with the namesake himself. The pair duetted together for 7 years and this was her fast pass to national fame. When she left the show, she wrote and dedicated “I will always love you” to her good friend.

Dolly Parton with Her Beautiful Wig

In the early 70s, Dolly figured out that wearing wigs was much easier than doing her own hair. Her grueling work schedule had her on her feet and prepping for major television appearances almost daily. Dolly said that she had no time to do her own hair, so wigs gave her the freedom to be ‘TV ready” within an hour.

This was especially important when she had multiple performances in one day and could easily swap her wigs to update her hairstyle and her look to the delight of fans and audiences across the country.

Dolly Parton has made her millions by seducing listeners with her sultry tones and singing songs of sadness and longing. Her warm spirit and quick wit have seen her cherished as a national treasure through multiple decades, and quite probably for many more to come.

Her philanthropic exploits have seen her garner more adoration for this singing saint. From her large donations to HIV research through to her more recent donation of $1 million towards the COVID vaccine research, Dolly’s charitable ways and big heart have made her more than just a songstress to so many.

Along with everything else that makes Dolly Parton wonderfully recognizable is her big, bleached hair and full makeup, usually covered in rhinestones. Dolly Parton hasn’t been seen in public without her trademark wig is longer than I’ve been alive, and then some.

You have to admire her steadfast dedication to giving the fans exactly what they want, at all times, and using it to her advantage time-wise. Maybe Dolly’s onto something after all.

Would you prefer to wear a wig every day or hairpieces? Do you have any fond Dolly moments?

Let me know in the comments below!