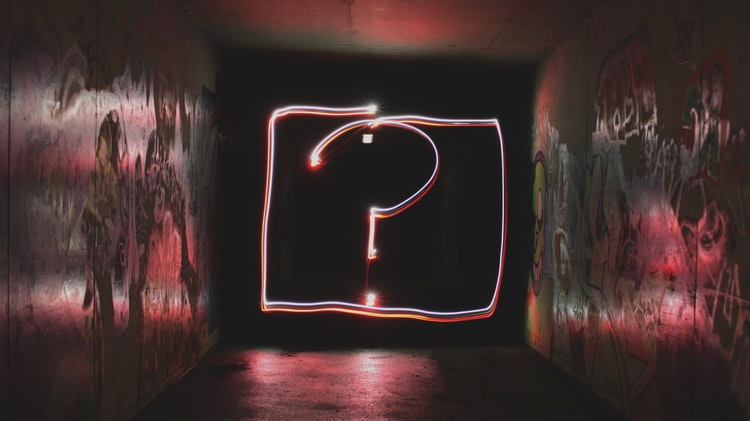 Hey beautiful! Thinking of how to make a seamless 360 wig? Well, here’s a carefully curated guide to show you all the ropes there are to making a nice-looking 360 wig.

My name is Tee, and I’ve spent the past three years experimenting and making different kinds of wigs, and they’ve been DIY’s. So, to an extent, I know what works and what doesn’t.

I know it can be a bit daunting trying to make a 360 wig. What tools should you use? Which wig cap? What method? And a host of other questions that make it seem like making a 360 wig is a herculean task.

Not to worry, making a 360 wig can be extremely easy if you follow the right steps. You don’t need to stress at all.

So sit back, relax, and watch me spill all the sauce to what you need to know when it comes to making 360 wigs!

Tools Needed in Making a 360 Wig

Before you get started on making your 360 wig, it’s necessary to get the right kind of tools. And no, you don’t have to rack your head on where to find the tools. They can easily be purchased on Amazon.

360 Frontal: You can get any frontal based on your desired length and volume. The number of bundles you need will depend on how full you want your wig to be.

Mannequin Head: A mannequin head serves as a platform for you to make your wig on. It’s shaped in the form of a human head and gives the perfect form and shape to make your 360 wig.

Mesh Spandex Dome Wig Cap: This is attached to the mannequin head, and it is where you’ll sew on the bundles and the frontal. It serves as a base or underlay for your wig. Get a mesh spandex dome cap instead of the plain black dome cap.

This is because the mesh allows for more ventilation and freedom of airflow that will allow your hair to breathe.

Clips or T-pins: Clips are needed to hold the bundles firmly down into the mannequin head, while you sew the wig all over. This allows you to fix the bundles without extra hair interfering or obstructing the path.

Hair Extension Brush: You need a hair extension brush, or a wig brush, to lightly brush out the wig bundles and the frontal. Ensure that you don’t use an ordinary comb, as this may be damaging in some ways.

Scissors: Snip-snip! You’ll need scissors to cut off any remaining thread or stitches along the course of sewing, and even after you’ve sewed the wig.

Needle and Thread: A stitch in time saves 9! Or maybe 10? Lol! You need a needle and thread to make your 360 wig. It’s one of the most important tools because this is what you’ll use in attaching your wig bundles to the dome cap.

Step-by-step Procedure of Making a 360 Wig

Also, make sure that when you place the lace frontal on the dome, it doesn’t stop exactly on the dome cap. Draw it a bit further out so it is completely transparent.

Step 1: Put the mesh wig cap on the mannequin head, and ensure that it is firm and well in place. Wear the 360 frontal on the dome cap. Section out the hair on the frontal and braid it so it doesn’t interfere when you’re sewing on the bundles.

Step 2: Sew down the frontal on the wig cap by tracing the initial line of sewing. Sew all around, and make sure you use firm stitches. Your stitches shouldn’t be loose. Firm stitches secure your wig and avoid the risk of the frontal detaching later.

Step 3: Afterwards, start sewing on the bundles. Take a bundle and start sewing right from where you placed it on your dome cap. Sew in a circular motion, or to make it easier, sew in the exact pathway as the frontal. Use the tracks of the frontal as a sort of guide.

Step 4: Stitch with single wefts first, then when you get to the middle, you can double the wefts. Don’t cut the tracks when you get to the end of the weave if it still remains. Instead, fold it over and start another track in the opposite direction.

Step 5: Once you’ve covered 4 tracks, the first bundle should be finished. Pick another bundle then start doubling the wefts. This will help to make the wig a bit fuller in the middle. Place the next bundle on the previous track to double it. Continue sewing until you get to the top of the frontal.

In this step, note that you should only double at the middle or top of the wig. For the bottom, make sure you use single wefts alone. This gives your wig a seamless finish and doesn’t make it look too bulky or over-layered.

Step 6: Now that you’ve sewn in the bundles, it’s time to give your wig the seamless finish it deserves. Turn the wig inside out, then apply your skin tone matching foundation on the frontal lace, with the aid of a beauty blender. With this, you shouldn’t have to tint or bleach the knots.

In cutting the extra lace off the hairline, the first and most important step is to carefully place the wig on your head and set it to your hairline. If your lace comes in 13×4 inches, and your hairline is less than the 13, you may want to trim off the excess.

This determines how flat your lace will lay, and how comfortable it will be when wearing it. Adjust the wig properly to fully mimic your hairline. You can go further about half an inch so that after cutting it sits nicely.

Now it’s time to cut! Use the end of a thin comb to carefully lift the lace, then start tracing. Make sure you start from the start of your ear itself. Don’t cut too close to the lace, start from about ¼ inch from the edge of your hairline.

Ponytails: The lace on the 360 wig covers the whole hairline perimeter from front to back, so you can style it as a high ponytail, or a low bun. Whichever makes you feel like a Queen!

Braiding the Hairline: This is a very popular style. A 360 frontal can be parted anywhere, so you can part and braid through the hairline

No Part/ Free-Fall Style: This style doesn’t require any part at all. Just like the name, it’s a ‘free’ part! You’re free to part it any way you want or let it fall freely in all of its glory.

Here are some of the questions that may come to mind when trying to make a 360 wig. Not to worry, I’ve curated precise answers to them.

Absolutely! That’s why it’s called a 360— “all around.” Meaning that you can part it anywhere you want. Could be a middle part, side part, or a T-part. You can even decide to let it fall freely without any part, or pack it into a ponytail.

Swiss lace is a very good choice for a 360 wig. It’s very durable, light, and gives a seamless finish. It is very thin, and would perfectly blend with almost any skin color. With this, you may not need to bleach the knots of the wig.

HD lace is also another great choice. It’s also known as film lace, and it has the thinnest of textures and lightness. It is very soft, and melts perfectly into most skin tones, thereby making it extremely undetectable and seamless.

Pluck! The best way to make a 360 wig look natural is by plucking. Use your tweezers to pluck away lots of hairs in the parting and around the hairline, so it looks uneven just like a normal hairline.

Voila! And that is how to make a great 360 wig. I hope this has been informative so far. Let us know how it goes in the comment section below!