The Enduring Contribution Syphilis Made to Modern Hairstyles 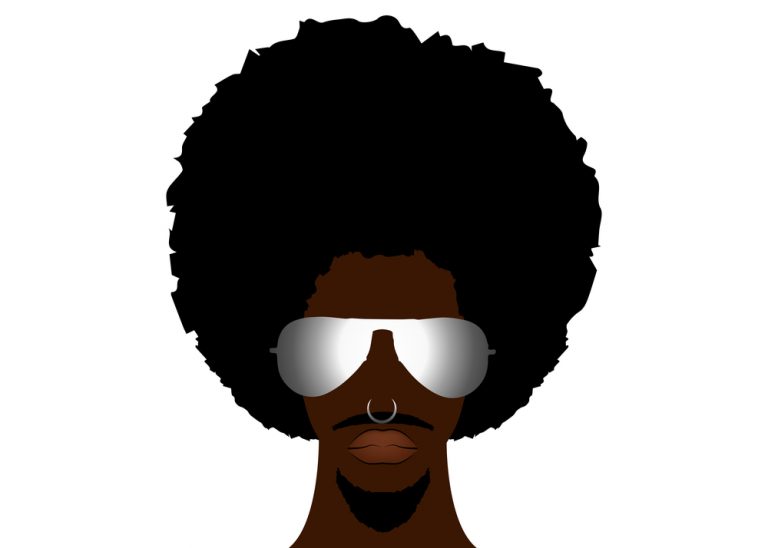 When still in its early stages, syphilis can easily be treated with Benzathine penicillin G. However, there was a time when antibiotics were not as readily available, and people infected with this disease could not be treated.

One of the common symptoms of syphilis in its late stages was hair loss, which caused embarrassment to many, even those shedding hair due to other reasons. Soon, the innovative human mind had found a solution: powdered wigs.

Today, syphilis and hair loss are no longer a problem as they can be treated, but wigs are still fashionable. We believe that this shows the enduring contribution of syphilis to modern hairstyles.

In this article, we focus on the rise and fall of the powdered wig, how King Louis XIV made wigs famous, and how wigs worn to hide syphilis have influenced today’s hairstyles.

The Centers for Disease Control and Prevention (CDC) defines syphilis as “a sexually transmitted infection (STI) that can cause serious health problems without treatment.” The same source adds, “Infection develops in stages (primary, secondary, latent, and tertiary).”

Like all other diseases, there is a lot of misinformation about syphilis, but the CDC confirms that “you cannot get syphilis through casual contact with objects like:”

How Do I Know That I Have Syphilis?

The UK’s NHS notes that the symptoms of syphilis are not always obvious and may eventually disappear on their own. The same source adds that you usually remain infected even when the symptoms disappear unless you get treatment.

The NHS identifies some of the most common symptoms:

According to the NHS, “If left untreated for years, syphilis can spread to the brain or other parts of the body and cause serious long-term problems.”

The Origins of Syphilis in Europe

A study published by the Journal of Medicine and Life traces the history of syphilis in Europe to1495.

The study reports, “Italian physicians described for the first time a disease they [had] seen on French soldiers’ bodies, manifested as a generalized eruption consisting of pustules, more terrifying than leprosy and elephantiasis and that could be lethal and was transmitted through sexual intercourse.”

In the centuries that followed, syphilis continued to spread across Europe. Reporting about the disease in the 17th century, The American Battlefield Trust notes that, during that time, “hairlines were an important aspect of fashion – a good hairline was the mark of a well-bred man.”

How Powdered Wigs Solved a Challenge

Because antibiotics were not available in the 17th century, the American Battlefield Trust reports that “people afflicted with syphilis suffered all the effects, including sores and patchy hair loss.” This was when the wig started playing an important role.

Even though the wig may seem like an obvious solution for people suffering from hair loss today, they were not as popular then.

As we have seen with Covid-19, diseases do not discriminate. Thus, syphilis and hairlessness also affected the kings and queens of that epoch.

For instance, King Louis XIV of France was not spurred by the menace of hairlessness and soon found himself needing a powdered wig. The American Battlefield Trust reports that the king commissioned 48 wigmakers to solve his problem. A few years later, his cousin in the United Kingdom, King Charles II, started wearing a wig to cover his greying hair.

Even though wearing a wig presented an excellent solution for the baldness caused by syphilis, there is no indication that King Louis XIV’s desire for a wig had anything to do with syphilis.

Writing for HistoryOfYesterday.com, Jamie Winfield reports, “King Louis XIV of France, also known as the Sun King, was an extremely vain man.” If you consider that the king commissioned over 300 royal portraits and 20 statutes as a commemoration of his rein, it becomes obvious that this is an accurate description of the king.

As can be expected, the popularity of powdered wigs among the general masses afflicted by syphilis progressively escalated after royalty gave them a stamp of approval.

This is how a fashion trend was born out of an otherwise desperate situation. In a Guardian newspaper article, Leah Harper writes, “They [wigs] are loved by celebrities from Katy Perry to Cardi B, are all over the catwalks and selling out fast on the high street.”

Why Did Wigs Have To Be Powered?

You will notice that when we talk about the wigs of the 18th century, we don’t just call them wigs but powdered wigs. But why did the wigs have to be powered?

In his article published on the American online publishing platform Medium.com, Hanna Brooks Olsen explains, “Because of the natural fibers used to make wigs, many were treated with oils or powders to reduce stink and scourge.”

But Wasn’t It Kylie Jenner?

“I started wigs.” This statement is attributed to Kylie Jenner by several magazines, including Cosmopolitan and Glamour.

When Jenner appeared on the cover of Marie Claire in May 2016, she said, “I started wigs, and now everyone is wearing wigs.” In her Cosmopolitan article, Brook Shunatona explains that Jenner “meant that, in general, she starts a lot of trends these days.”

Even though it’s obvious that Jenner doesn’t literally mean that she started the wig, the statement shows how wigs still influence fashion trends today.

What about the Bigwigs?

In their early days, powdered wigs were costly. During those days, an ordinary wig cost 25 shillings. It may sound like very little money today, but in the 17th century, someone had to work for a whole week to earn it.

If anyone wanted a good quality wig made from the best human hair, they had to fork out a substantial amount. Those lucky enough to belong to the British aristocracy could use as much as 800 shillings (around £8,297 or $10,193 in today’s currency) on the biggest and most prestigious wigs.

Because a big quality wig represented status and wealth, people wearing such wigs would soon be called bigwigs. This idea endures up to this day.

The Fall of The Powdered Wig

By the late 18th century, the popularity of wigs was beginning to decline. Winfield points out that short natural hair became more fashionable for men in Europe and the colonies at this time.

She also attributes the fall of the wig to the fact that they “were hot, cumbersome, and difficult to maintain.”

According to HistoryOfYesterday.com, powdered wigs lost favor in the United States during the American Revolution because they were associated with Britain. At that point, colonial men wanted to distance themselves from all things British. They did so by wearing their hair naturally.

The politicians in Britain were not helping the situation either as William Pitt, the British Prime Minister in 1795, essentially killed the powdered wig by taxing wig powder. By this time, powdered wigs in France were also unpopular following the 1789 revolution that ousted nobility and the monarch associated with them.

The interesting thing about the fall of the powdered wig is that it also happened when progress was being made regarding the treatment of syphilis. For instance, the French royal physician and professor of medicine Jean Astruc is associated with much of the progress made in research linked to the treatment of this disease.

The Influence of Wigs on Hairstyles Today

That the powdered wigs of yesteryear still influence today’s hairstyles is undeniable. Just like the powdered wigs of the 18th century, the wigs of today play the same role: covering receding hairlines and bald heads due to certain medications. They are still used to show off wealth as those with more money buy the best quality.

An article published by APNews.com acknowledges this by noting, “Both women and men may face hair loss problems for many reasons, comprising heredity, disease, hormonal changes, and medication.”

The article adds, “Many people reflect hair as a significant part of their complete look, and wigs may hide thin hair and give you confidence.”

The Future of Wigs

Analyzing the journey taken by the wig over the centuries shows that, while they will change in shape and size, wigs are not going anywhere. If trendsetters like Kylie Jenner still associate themselves with them, the story of the wig will continue into the foreseeable future.

The idea that the future of the wig looks bright is supported by the numbers. For instance, a press release provided by the market research company TechNavio reports, “The hair wigs and extension market is poised to grow by $ 4.66 billion during 2021-2025.”  TechNavio attributes the expected growth in the wigs and hair extension industry to “technological advances in the production and design of synthetic hair wigs.”